Copper: the rush for new gold!

In the years to come, copper could well become the new scarce commodity, the new ingredient that everyone is snapping up, the new black gold as pointed out by the investment bank, Goldman Sachs. For the bank, copper is the “new oil”.

Copper is an essential material in our modern societies. It is found everywhere. Its performance in thermal and electrical conductivity, its resistance to corrosion make it essential in the manufacture of electric cables and wires, in plumbing, in electronic equipment (printed circuits, electronic chips), in transport, in the construction industry and even in the making of money

It has become so essential that today it is causing a lot of concern. The need for copper continues to increase all over the world. Indeed, the various large-scale stimulus plans combined with the essential ecological transition to renewable energies weigh heavily on demand and could ultimately lead to a tightening of supply. A trend, moreover, already observed for a few months. Indeed, the extraction of the precious metal is stalling. And the first effects are visible: construction sites are slowing down, manufacturers of electrical wires and pipes are slowing down.

According to Goldman Sachs analysts: “The demand for copper linked to the energy transition will increase by almost 600% by 2030 to reach 5.4 metric tons in a baseline scenario. ". They add that this rate could climb to 900%, or 8.7 metric tons, in the event that countries tend towards what they call a "hyper adoption" of green technologies. Nicholas Snowdon, of the Metals Strategy Department at Goldman Sachs, wrote: "Copper will be crucial to achieve decarbonization and replace oil with renewable energy sources."

The United States, which have undertaken the complete renovation of their obsolete electricity network, Europe already highly dependent and which will be even more so because of ambitious climate policies and China, the world's largest copper outlet, are taking the situation seriously. So much so that securing supply is a national security issue. From the 2000s, China implemented an economic and commercial development strategy: “Go out strategy”. The objective is to invest massively in infrastructure in Africa, Asia and Latin America and to conclude so-called "Resources against infrastructure" and at the same time ensure a regular supply to its territory. But that's not enough anymore.

Currently, two countries share leadership in copper production: Chile and Peru. According to sources from USGS (United States Geological Survey), the world's copper resources amount to "2.1 billion metric tons, to which are added 3.5 billion undiscovered tons in 11 regions of the world. About half of these resources have been located in South America, the southern part of Central Asia, Asia and North America. " 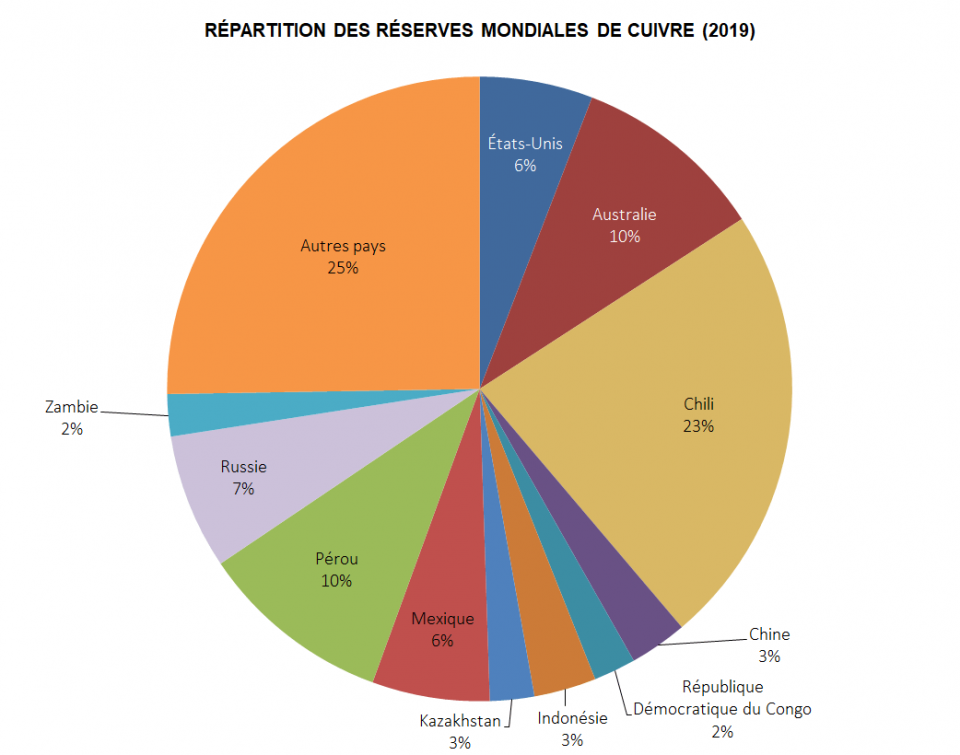 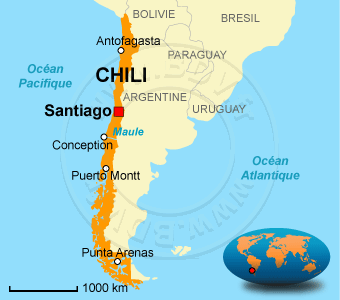 Various analysts agree that demand for copper is expected to explode by 2050 due to the development of certain sectors such as power grids and consumer goods. But it is undoubtedly the transport sector that will supply the greatest demand for copper. Electrified vehicles are increasing exponentially. In a study, Goldman Sachs breaks down the demand for copper as follows: “20% for wind power, and 40% for electric vehicles. Solar panels and energy storage will constitute the bulk of the rest of the demand ”.

As in any market, significant demand and shrinking supply lead to higher prices. The current copper price is just under $ 10,000 per tonne. Analysts expect a constant and rapid rise to reach $ 15,000 per tonne in 2025. This is essentially what Nicolas Snowdon reported: "the market is currently facing a supply crisis which could increase the price of copper more than 60% in four years. " An increase that will be difficult to absorb. The Investment Bank stressed that "Copper is such an integral part of the ecological transition - a global effort supported by governments - that the supply needs require soaring copper prices" and added: "Metals are at the heart the new super cycle of raw materials, and green demand is at the heart of the recovery in metal prices ".

Moreover, the extraction of copper, its refining as well as its use are not without posing other problems. In particular environmental. Besides waste management, very large amounts of water are needed. In Chile, for example, the government decided in 2019 to reduce water extraction permits. It will not grant more in the regions where the water shortage is sorely felt. An analysis showed that: “these new constraints have prompted the desalination of water, an energy-intensive process. This water must then travel hundreds of kilometers to reach mining sites sometimes located at altitude. "An absurd situation and somewhat paradoxical already mentioned in our article on the New Equatorial Guinea of 26 March 2021 .

So here is an additional knot to untie: how to reduce the significant environmental impacts linked to the extraction and use of a metal that has become essential in the fight against pollution and global warming?