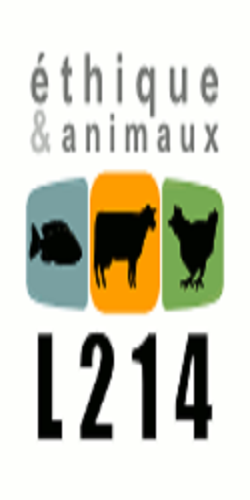 White paper for the rights of rivers and peoples of Guyana.

The fruit of more than 6 months of legal and political analysis, meetings with experts and institutions from Guyana and observations of the progress made by the movement for the rights of nature elsewhere in the world, the association Wild Legal is pleased to publish its White Paper for the Rights of the Rivers and Peoples of Guyana. This document presents the avenues at our disposal to ensure respect for the rights of aquatic ecosystems impacted by illegal gold mining and to involve the indigenous peoples and all the inhabitants of Guyana as Guardians of this common heritage.

This work is the result of collaboration with the Maiouri Nature Guyane association and the Organization of Indigenous Nations of Guyana with the support of Alexis Tiouka , international lawyer specializing in the rights of indigenous peoples, of Jean Pierre Havard , founder of the association Solidarité Guyane and so many other people committed to the protection of the Amazonian territory and its inhabitants. We would like to thank them for their commitment.

What is the situation ?

For nearly 30 years, the gold present in Guyana's subsoil has attracted the envy of thousands of garimpeiros , these Brazilian gold seekers who came to Guyana in the hope of making a fortune there. With more than 500 extraction sites (including 150 in the heart of the Amazonian Park of Guyana) and nearly 8,600 workers [1], illegal gold panning today has serious repercussions on the health of ecosystems and human communities. Guyana .

In addition to localized deforestation and poaching implied by the creation and maintenance of an illegal extraction site, the use of mercury has a serious impact on waterways. This heavy metal has the property of amalgamating gold and it is used extensively by garimpeiros to isolate the precious metal from sedimentary sludge. Naturally present in the soils of Guyana, this mercury is released downstream from gold washing sites, by the effect of the destruction of watercourses and discharges from gold processing, massively polluting rivers and streams. Going up the entire food chain, it poisons both fish and those who consume them . The indigenous peoples who live along the Guyanese rivers, sometimes very close to gold washing sites, and whose diet is traditionally based on fishing, are thus particularly exposed to mercury pollution . As a result of this direct exposure, residents of the river have mercury concentrations four times higher in their bodies than in coastal populations [2]. However, this exposure is dangerous for health: it can lead to neonatal malformations, balance disorders, reduced hearing acuity, narrowing of the visual field and many other diseases.

Despite the 500 soldiers and the 70 million euros that the State mobilizes each year to fight against illegal gold mining, the number of illegal mining sites is still not decreasing [3] . This finding of failure, as well as the gravity of the situation, requires a real paradigm shift. It is now time to develop new tools capable of defending the rights of the peoples of the river and of the Amazonian ecosystems .

The Wild Legal mock trial In partnership with Maiouri Nature Guyane, the Organization of Indigenous Nations of Guyana (ONAG) the Mercury Victims Association (ADVM) and the Or de Question collective), Wild Legal organized between 2019 and 2020 a mock trial in defense of the rights of the Amazon in the face of illegal gold panning .

In a fictitious administrative court, Wild Legal presented the ins and outs of an action for faulty failure against the French State. Centered on the prejudices suffered by the Wayana people and by the Maroni river , the pleadings of the final public hearing [4] saw the legal arguments of the parties conflicted. They made it possible to imagine new tools of struggle, to defend the rights of the indigenous peoples and of the Maroni. 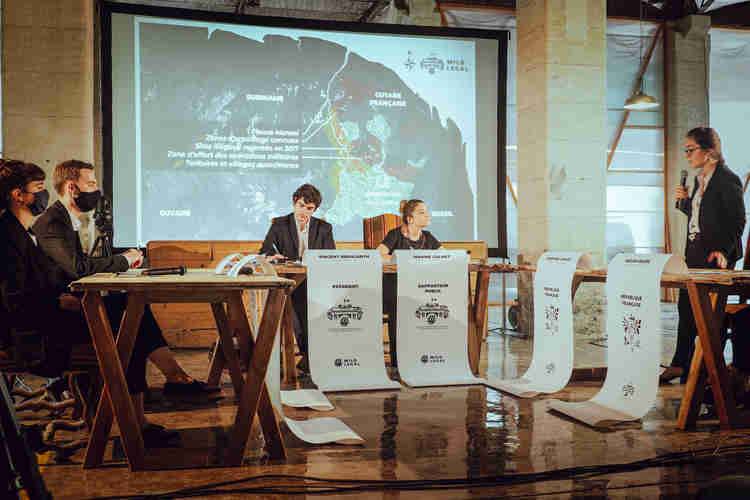 Despite a previous unsuccessful attempt led by the ONAG, the possibility of having the State condemned at the national level is still relevant today. The individual, collective and ecological prejudices suffered by the indigenous peoples and other inhabitants of Guyana have not ceased and many of their rights continue to be infringed by the insufficiency of state action. The administrative courts seized never ruled on the merits of the case, rejecting the association's requests on formal grounds. It is thus quite possible to bring a new action for faulty failure against the State before the administrative court of Cayenne.

Due to this faulty failure, France is also violating a certain number of its international commitments. Many of the rights recognized by the International Covenant on Civil and Political Rights , by the International Covenant on Economic, Social and Cultural Rights and even by the Convention for the Protection of Human Rights and Fundamental Freedoms are in fact violated on a daily basis as a result of illegal gold panning. The French State is therefore exposed to several contentious appeals at the international level , in particular before the European (European Court of Human Rights) and UN (Human Rights Council and Human Rights Committee) bodies. Man).

French law already carries with it the seeds of the recognition of rights to ecosystems that the Wild Legal association wishes to assert in order to find a positive development in this crisis, through the creation of new legal tools and new institutions . Wild Legal has studied different reform scenarios that would, if supported by real political will, ensure a better defense of the rights of Indigenous Peoples and the rights of the Maroni . It would therefore be appropriate to organize a dialogue with all the inhabitants of the territory to bring out a model of governance adapted to the wishes of the peoples of the river.

1. The renovation of the Transnational Council of the Maroni River.

The conclusions of the report of the Parliamentary Commission of Inquiry into the fight against illegal gold mining suggests the creation, in the short or medium term, of an institution fully dedicated to international and concerted management of the Maroni River . The rapporteur of the text, Gabriel Serville, in fact calls for the development of an international statute for the river which would associate the Amerindian peoples and the bushinengues in its daily management [5].

The “river council” now in place could thus be replaced by a new council with supervisory competence for the designated custodians of the rights of the Maroni and riparian peoples. The international agreement that would organize this council could indeed recognize rights to the river and integrate local populations into its operation .

By virtue of its competences in regional cooperation , the Territorial Collectivity of Guyana (CTG) could be at the initiative of such a reform. This could also apply to the Oyapock River.

2. The reform of the Amazonian Park of Guyana

Since its creation in 2007, the Amazonian Park of Guyana (PAG) has been the result of important institutional innovations, in particular to take into account the Amerindian and Bushinengue villages that pre-existed on its territory. It could thus bring new innovations tomorrow and become the depository institution for the defense of the rights of the Maroni and, more generally, of the Amazonian ecosystems .

A recognition of the rights of the Maroni could be included in the new charter of the Park , which should be adopted between 2023 and 2025. This new charter could also broaden the powers of the local life committee , established as guardian of the rights recognized to the river.

3. The statutory evolution of Guyana

Under discussion for years, the statute of Guyana within the Republic. The arrival of a new majority in the CTG in 2021 , resolutely committed in favor of a statutory change, allows to consider that this reform be adopted during this term.

As the example of New Caledonia shows , a statutory change would open up many perspectives for Guyana. It is indeed thanks to such a development that it has been possible, in one of the three provinces of New Caledonia, to recognize rights to natural elements through the writing of the code of environment of the Loyalty Islands in 2016 .

4. The rights of the Maroni at the heart of territorial policies

The local authorities of Guyana, from the municipalities to the CTG, could recognize rights in the Maroni and make respect for these a guiding principle of public action . This new principle could in particular influence territorial development plans , such as local urban planning plans (PLU) at the municipal level or the regional development plan (SAR) adopted by the CTG.

Local authorities could also join forces to create a public establishment for environmental cooperation (EPCE). A legal entity governed by public law, this establishment could make it possible to increase cooperation between public actors (CTG, municipalities, PAG, ARS, Office de l'eau, etc.) on issues related to the health of the river and its inhabitants , and could defend them in court if necessary.

In Guyana, the management of rivers is planned thanks to a master plan for development and management of water (SDAGE) which applies to all rivers and rivers in Guyana. The inclusion of a recognition of the rights of the Maroni in this major document would thus make it possible to place this issue at the heart of water policy .

6. Civil society's declaration of rights for the Maroni

Many local communities around the world have recognized rights to the ecosystems in which they live. Peoples bordering the Maroni River could draw inspiration from these examples and proclaim their own Maroni Bill of Rights . Environmental protection associations as well as all the institutions of Guyana could also be involved in such an approach, in order to reach the widest possible audience and to form a consensus.

If such a declaration would not be binding, it would nevertheless make it possible to show the way to political decision-makers and to federate many actors, who could subsequently join together in a Council of Guardians of the Maroni.

Next step: During the World Conservation Congress organized by the International Union for the Conservation of Nature (IUCN) in Marseille in September 2021, Wild Legal presented the full version of the White Paper proposals for the rights of rivers and the peoples of Guyana to the Guyanese delegation present for the occasion, Mr. Jean Paul Fereira, 1st Vice-president of the Territorial Collectivity of Guyana and his collaborator, Mr. Frédéric Blanchard, Alexandre Sommer of the ONAG association, Aimawale Opoya , traditional chief of Taluen. 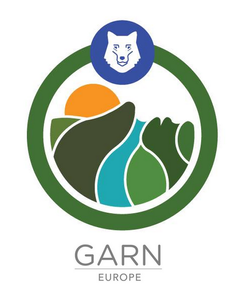 In partnership with the European Network of the World Alliance for the Rights of Nature ( GARN Europe ), the event “ From glaciers to the ocean. Forum for the rights of European aquatic ecosystems. This forum, which can be viewed in full on the Wild Legal facebook page , was an opportunity to hear the judgments handed down by the Aquatic Ecosystem Rights Tribunal in 5 emblematic cases, including that of illegal gold panning and mercury pollution in Guyana. On this occasion, we presented a proposal aimed at recognizing the rights of aquatic ecosystems in Europe and in the Member States for better protection of the water cycle and of the human and non-human entities that depend on it.

[4] See all the pleadings at: https://youtu.be/3BvQU5SpUlk

[5] LEROUGE Isabel, “The commission of inquiry into the fight against illegal gold panning in Guyana makes its copy today”, Guyane 1ère , July 21, 2021